Santa Fe, NM — The Santa Fe Opera will present Songs of the Season on Sunday, December 6 at 3:00 pm MT. A digital adaptation of the company’s annual winter tour across the Southwest region, the online concert features former apprentice singers Joshua Dennis (tenor) and Briana Elyse Hunter (mezzo-soprano), Santa Fe Opera Head of Music Staff Robert Tweten (piano) and the Young Voices of the Santa Fe Opera. The presentation was filmed on location at historic churches across northern New Mexico including Las Placitas Presbyterian Church, Old San Ysidro Church and the Cathedral Basilica of St. Francis of Assisi, as well as at the Santa Fe Opera.

Songs of the Season showcases audience favorites, including Puccini’s “Nessun dorma” and Irving Berlin’s “Count Your Blessings (Instead of Sheep),” alongside newer works by American composers Morten Lauridsen, Undine Smith Moore and Stephen Paulus. Also included on the program are special arrangements of holiday standards “The Christmas Song” and “O Holy Night,” as well as personal renditions of “Joy” by Ricky Ian Gordon and Harold Arlen’s “I Never Has Seen Snow.” Director of Community Engagement Andrea Fellows Fineberg says, “Now more than ever we are committed to celebrating the magic of the winter season, to providing talented artists with performing opportunities and to bringing music to our communities across New Mexico and beyond. I am grateful to our venue partners, artists and staff for their safe, diligent and creative work to realize this special project. This concert is a gift that we are all overjoyed to give.”

Free to watch, Songs of the Season premieres across the opera’s website, Facebook, Instagram and YouTube pages on Sunday, December 6 at 3:00 pm MT. The presentation is suitable for all ages and will remain available for on-demand viewing throughout the month of December. Families, opera fans and newcomers alike are encouraged to tune in and celebrate. All activities are completed in accordance with current New Mexico health and safety guidelines.

The Santa Fe Opera thanks Garcia Automotive Group for its generous sponsorship of Songs of the Season. For more information, please visit Garciacars.com.

The Melville Hankins Family Foundation is the Principal Education Sponsor of the Santa Fe Opera. 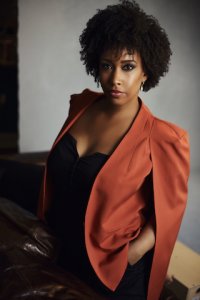 Described by the New York Times as “a radiant mezzo-soprano” and Opera News as “a mezzo-soprano of astounding vocal and dramatic range,” Briana Elyse Hunter is rapidly emerging as an artist to watch.  Her previous credits include Blue (Mother), Carmen (Carmen, Mercédès), La tragédie de Carmen (Carmen), Little Women (Jo), Xerxes (Arsamenes), Die Fledermaus (Prince Orlovsky), As One (Hannah after), and La traviata (Flora). She won the 2018 EncoreMichigan Wilde Award for “Best Performance in an Opera” for her portrayal of Gertrude Stein in Ricky Ian Gordon’s 27.  She has been on the rosters of New York City Opera, Opera Theatre of Saint Louis, the Santa Fe Opera, Michigan Opera Theatre, Knoxville Opera, UrbanArias in D.C., American Opera Projects, Opera in the Heights, I SING BEIJING, Sarasota Opera, El Paso Opera, and Music Academy of the West where she sang the title role of Carmen under the tutelage of the great Marilyn Horne. She recently made her Lincoln Center Theater debut in a gala performance of Camelot starring Lin Manuel Miranda. Next year Ms. Hunter is poised to make her Kennedy Center debut with Washington National Opera as Mother in Blue by Jeanine Tesori and Tazewell Thompson, and return to the role of Carmen at Opera Orlando in a new production set in Haiti. 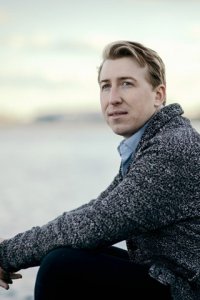 Known for his “voluptuous elegant tone,” and a “robust tenor with baritonal heft,” American lyric tenor Joshua Dennis is a star on the rise. This season, Mr. Dennis is slated to return to Arizona Opera in the second world premiere of Clint Borzoni and John de los Santos’s production, The Copper Queen, after a recent reprisal of the role of Bern Venters in the world premiere of Riders of the Purple Sage. Additionally, he sees performances as Leonard in the world premiere of Nadia Boulanger’s La Ville Morte with Neal Goren’s new opera company, Catapult Opera, and also make his role debut as Don José in Carmen in a return to Opera Idaho.

Last season Mr. Dennis, a champion of new works, had the honor of originating two roles: “Shoeless” Joe Jackson in Minnesota Opera’s world premiere production of The Fix, and Prince Frederic in Poul Ruders’ The Thirteenth Child with the Santa Fe Opera. Additionally, he was heard in Huang Ruo’s Paradise Interrupted at the MGM Grand in Macau, and as the host of the Santa Fe Opera’s digital event Songs from the Santa Fe Opera in honor of the opening night of M. Butterfly. In summer 2020, Mr. Dennis was scheduled to perform the role of Marc in the world premiere of Huang Ruo and David Henry Huang’s M. Butterfly, which was canceled due to the global pandemic.

As Alfredo in La traviata in his recent role and house debut with Seattle Opera, the Seattle Times raved, “Joshua Dennis gave a vocally smooth and well-schooled performance….” Additional highlights of recent seasons include performances of Roméo in Roméo et Juliette with Minnesota Opera and Utah Opera, where he was also heard as Greenhorn in Jake Heggie’s Moby Dick; Alfredo in La traviata with Opera Columbus and Opera Idaho, where he also performed the title role of Werther; the Duke of Mantua in Verdi’s Rigoletto with Minnesota Opera and Dayton Opera; Jaquino in Beethoven’s Fidelio with the Santa Fe Opera and the Houston Symphony; and as the title role in Faust with Opera San Antonio and Annapolis Opera.

On the concert stage, Mr. Dennis has performed as a soloist in Handel’s Messiah with the Santa Fe Symphony and the Las Vegas Philharmonic, Beethoven’s Mass in C with the Phoenix Symphony, and Mahler’s Das Lied von der Erde as the first tenor soloist to sing at the XXI Festival International de Piano en Blanco & Negro in Mexico. Additionally, he was a soloist in Dubois’ Les Sept Paroles du Christ and performed the role of Tony in Opera Idaho’s concert version of West Side Story.

In 2018, Mr. Dennis was the only tenor to represent the USA in Placido Domingo’s Operalia Competition in Astana, Kazakhstan. Additionally, he was a finalist of the Metropolitan Opera Competition at the regional level. 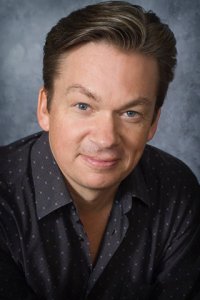 ROBERT TWETEN, pianist & musical director for Songs of the Season

Robert Tweten has performed extensively throughout the USA and his native Canada, and currently holds the positions of Head of Music Staff for The Santa Fe Opera, and Music Director of Graduate Opera Studies for the New England Conservatory. During his tenure with The Santa Fe Opera, Tweten has been on the podium for Don Giovanni, Le nozze di Figaro, Katya Kabanova, The Pirates of Penzance, Ermione, and the 50th Anniversary Concert, as well as performances of the Grammy award-winning, The (R)evolution of Steve Jobs. Maestro Tweten has enjoyed a long relationship with Utah Opera/Symphony where he has conducted thirteen operas since his debut with them in 2005, and other companies he has collaborated with include the Lyric Opera of Chicago, Calgary Opera, Vancouver Opera, Kentucky Opera, Edmonton Opera, Dayton Opera, Austin Lyric Opera, Tulsa Opera and Sarasota Opera. Also an acclaimed pianist, Tweten began his career as a soloist after winning competitions including the Canadian National Piano Championship and the Du Maurier Search for Stars, and has performed with many of the industry’s most prominent singers and instrumentalists at renowned concert halls and festivals including Wigmore Hall, Alice Tully Hall, Carnegie Hall, Vienna’s Konzerthaus and the Salzburg Festival. Robert’s most recent performances include conducting Turandot (Lyric Opera of Chicago), Rigoletto (Calgary Opera), Faust (Opera San Antonio), and Postcard from Morocco with New England Conservatory, as well as Kevin Puts and Mark Campbell’s Silent Night with Utah Opera.

The Young Voices of the Santa Fe Opera

About The Santa Fe Opera

Lauded by The Wall Street Journal as “the Rolls-Royce of American summer opera festivals,” the Santa Fe Opera annually draws 85,000 people from New Mexico and around the globe. Nestled atop a mountain vista in northern New Mexico, the company’s iconic Crosby Theatre offers a nightly seating capacity of 2,126. The covered theatre is open on three sides, allowing visitors to enjoy performances complemented by the elements. Since 1957 the company has presented over 2,000 performances of 175 different operas by 89 composers spanning five centuries of opera, creating a legacy of 45 American premieres and 16 world premieres.

The mission of The Santa Fe Opera is to advance the operatic art form by presenting ensemble performances of the highest quality in a unique setting with a varied repertory of new, rarely performed, and standard works; to ensure the excellence of opera’s future through apprentice programs for singers, technicians, and arts administrators; and to foster an understanding and appreciation of opera among a diverse public.